Valeri Larko explores the ordinary, often overlooked, environs of the outer boroughs of New York City, all of which she paints on location. Her work encourages the viewer to slow down and rediscover the world around them, focusing sharply on signage and the odd juxtapositions that occur in the urban landscape.

Larko's fascination with billboards began during the financial crisis of 2008-2009 when she noticed the increasing appearance of blank billboards popping up in the Bronx and beyond. Since then, some of those billboards have remained blank while others have hawked both religious and anti-science messages as well as a plethora of advertisements. Larko juxtaposes these often dire warnings with the recent proliferation of more inspirational signage. She also celebrates the emotional respite that blank billboards offer the viewer amongst the incessant din of 21st century messaging. 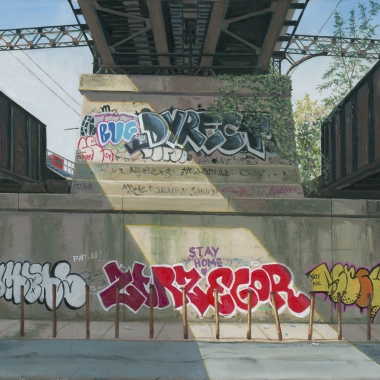 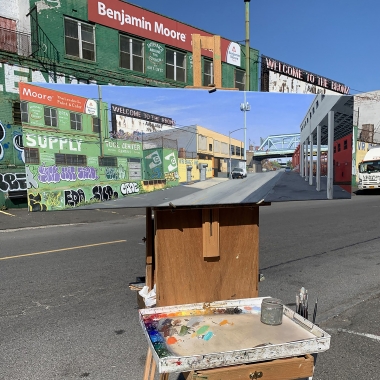 Valeri Larko finds beauty in the places most of us pass by, documenting gantries, roads, and piers from Jersey City to the Bronx. She’s a classical plein air painter in a time when most artists use those outside hours only to prepare for what they consider their real work in their studio.